Blood Sisters is a feature documentary film about the unconditional love and sister symbiosis between the twins Julia and Johanna from Malmö, Sweden.
A film about surviving the trauma of abuse together as twin sisters and how one day your other half might not be there to take for granted anymore.
The film is directed and produced by Malin Andersson Film.

In the short film “Blood Sisters”, we come close to the twin sisters Julia and Johanna and learn about their sisterhood and life story that holds memories of severe abuse. Above all they show how you can be strong and offer us hope and inspiration. The sisters decide to take back their power over their bodies with a tattoo, and they write their story, “You Follow Me, I Follow You.” 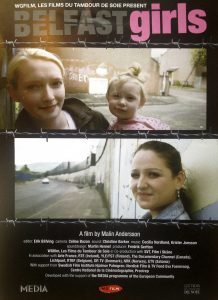 ‘Queen of the Falls’